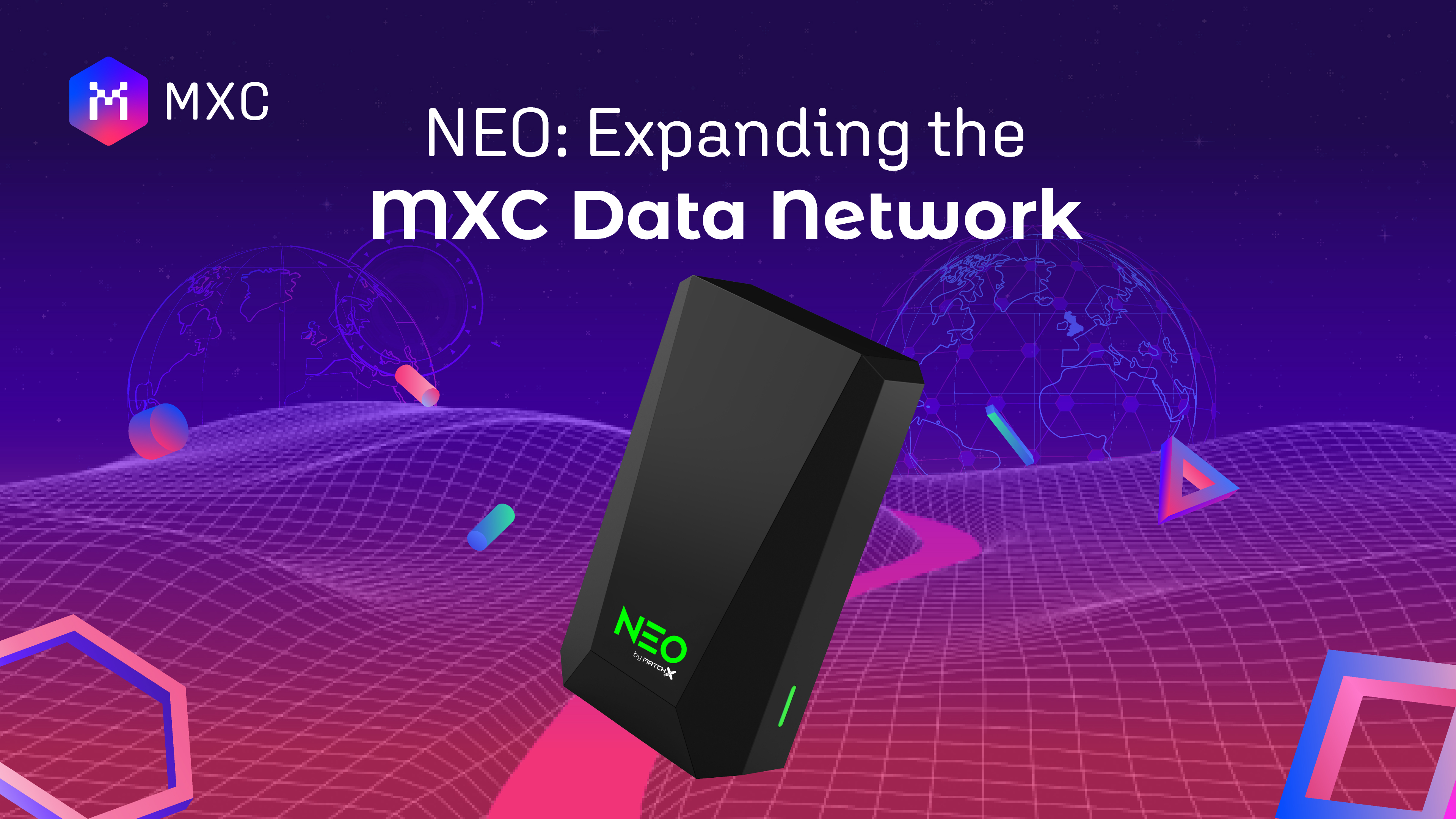 NEO, the latest innovation from MatchX, is positioned to provide unique functionalities and benefits to a whole new generation of miners on the MXC global data network.

In MXC’s continued mission to connect and certify, NEO Rig serves to provide a certified verification layer to both institutions and individuals through its unique Low-Scale Certification (LSC) Technology. With NEO, the MXC network will experience massive growth, via a new verification layer, certifying digital and physical goods alike, in both the real world and the metaverse.

Certifying the authenticity and ownership of NFTs can be easily done on the blockchain. However, there is no simple way of conducting the verification repeatedly off-chain. Without proper verification, anyone can take a screenshot of the NFT, and show it to others claiming that it “belongs” to them, this used to happen on platforms such as Twitter often until they increased on-chain certification levels. Only when asked to verify the ownership, would they have to access the wallet and send a verification message on-chain. What if there was an innovative gadget that achieves both verification and visualization at the same time?

NEO works in conjunction with a wide range of products, including the much anticipated N3XUS, providing both verification and visualization of NFTs. While N3XUS, the next-generation NFT beacon, communicates directly with compatible wallets on ETH, KSM, and DHX; NEO serves as the certification layer between the wallets and N3XUS to ensure it originates from the rightful owner.

NEO, M2 Pro, and N3XUS combined can then create a bridge between the virtual world of NFTs and the real world, while expanding this bridge of connectivity and certification around the world to be accessible for anyone, from anywhere, at any time.

One of the largest application areas of the Internet of Things (IoT) is supply chain management. As logistic companies and warehouses begin relying more on smart sensors, there has been a significant increase in the demand for indoor sensor-related technologies. That’s where NEO comes into its prime.

Designed for indoor use, NEO is the perfect solution for supply chain companies that need a smarter solution to manage their warehouses. NEO’s power has been optimally adjusted to focus on intense data connectivity and certification demand within a smaller range.

With NEO providing connectivity to indoor sensors and certifying the validity, the MXC network can fully service institutions and businesses around the world.

NEO serves as a point of verification for partnering businesses that sell tangible goods. As partner businesses attach their goods with NFT-enabled NFC tags which once scanned, communicate with NEO, which forwards that information to instantly verify the attached goods.

Through NEO, businesses can benefit from accurate, on-chain verification without ever having to access the blockchain. That is the true implementation of blockchain technology, without sacrificing convenience.

NEO’s ability to verify both sensors and data positions MXC and the DataDash app to become Layer 0 in the Move-to-Earn (M2E) ecosystem. MXC intends to position itself as the Ethereum of IoT tokens, allowing any M2E, data, IoT, Web3, and Metaverse token to build upon its thriving global infrastructure.

This allows NEO miners in the future to mine a variety of newly listed tokens. An example of this would be bike-to-earn tokens and mobility tokens (for humans, pets, or automobiles) which will use NEO to verify their users’ data utilizing your NEO’s network in order to certify and connect their ecosystem’s token. This will add massive value to your NEO and your mining experience. This is the future of IoT, and this is a big step forward toward MXC’s global ambition.

The MXC data network is fully decentralized, meaning that it relies on miners to join the network and provide connectivity and certification layers to institutions, businesses, and individuals around the world. We invite our community to join the exclusive pre-sale of NEO to get involved and start unlocking the benefits and bonuses that come with this disruptive mining technology.

Get your NEO here.